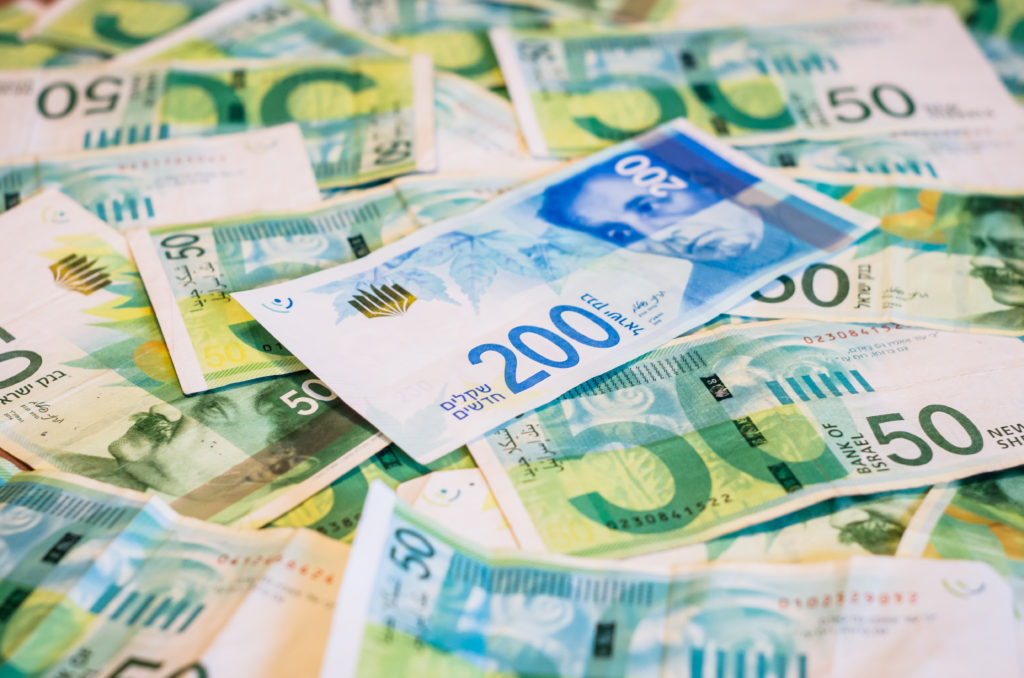 Israel returned better risk-adjusted returns than all other developed stock markets in the last ten years, according to a recent Bloomberg study.

The Bloomberg Riskless Return Ranking, which compares gains of global stock markets after adjusting for volatility, showed that the Tel Aviv 25 index yielded 7.6% in the past decade, more than all 24 developed-nations' benchmark indexes. Investors are discounting the threat of war, which has accompanied Israel since its latest inception in 1948. Even with the threat of Iran's nuclear program, Israel grew twice as fast as the U.S. last year, with approximately 4.8% growth vs. 1.8%, according to the International Monetary Fund.

The Ranking is calculated by dividing total return by volatility, a measure of price-swing variation. This gives a measure of income per unit of risk. Given Israel's relatively low volatility in the past ten years, one could expect smoother, more predictable returns vs. the potential for unexpected losses.

“Israel is an exciting place to invest,” Michael Steinhardt told Bloomberg, the former hedge fund manager who produced returns averaging 24% a year over almost three decades until he retired in 1995. “The country is surrounded by enemies, it’s always on the edge of extinction, but it expands and prospers.”

The country's leading stock market index, the Tel Aviv 25, yielded 161% in the past ten years, including dividends. While Norway's OBX Index outperformed the TA-25 on highest overall return, its volatility was 35% higher, and therefore more risky than Israel. This may be due to the fact that one of its largest companies - Statoil ASA (the seventh-largest oil exporter in the world) comprises more than 25% of its index, making it move based on world oil prices. In comparison, the TA-25's biggest component (Teva Pharmaceuticals, the world's largest generic drug company) comprises only 11% of the index.

Israeli public companies returned more dividend yield than any other developed market. The Tel Aviv 25 index returns an annual dividend yield of 3.53%, compared to the MSCI World Index of Developed Markets average of 2.66%. This includes Israeli large-cap telecom providers Bezek, Cellcom and Hot, which currently have dividend yields of 10-13%. “The dividend yield of companies on the TA-25 Index is very attractive,” said Jacob de Tusch-Lec, a London-based money manager at Artemis Investment Management LLP in London, which oversees $17 billion.

According to Finance Ministries projections, Israel's economy will grow almost three times faster than the average growth of the Group of 10 countries in 2012. With unemployment at a record low 5.4%, government deficits in check, and high-tech rich workforce, Israel is poised to continue it's economic growth in the coming decade. Apple recently acquired it's first Israeli startup, Anobit for an estimated $400 million, and IBI announced it's acquisition of Israel-based Worklight, Inc., provider of a mobile application platform for smartphones and tables. They join other high-tech giants such as Intel, Hewlett-Packard and Microsoft who have already identified Israel as an attractive investment destination. Even Warren Buffett, famed investment billionaire, purchased an Israeli industrial company a few years ago. "If you're going looking for brains, just stop at Israel. You don't have to go anyplace else," says Buffett.

According to Israel's Central Bureau of Statistics, exports comprise about 40% of Israel's economy. These include exports of pharmaceuticals, high-tech (47% of all exports) and chemicals, including Israel Chemicals, which harvests rare chemicals from the Dead Sea, the lowest point on Earth.

Not only are foreign investors attracted to Israel's strong economy and long-term stock performance, but are drawn to it's very liquid government and corporate bond market. With tens of A-ranked corporate bonds now yielding 8% a year, with guaranteed principal and interest payments quarterly, many investors see this as a timely and unique investment opportunity, considering the low interest rates around the world. With no bond purchase minimums, and ability to buy and sell online without broker involvement and profit-limiting fees, foreign investors are able to make tax-free solid bond investments from abroad.

After recently lowering the U.S. and Eurozone countries' credit ratings, Standard and Poor's credit rating agency raised Israel's credit rating to A+, citing local economic growth and expected production f natural gas discovered off the coast of Israel. “Israel has very well-capitalized banks and an economy that is well-balanced with the high degree of high tech,” in addition to “one of the best central bankers in the world,” Artemis’s de Tusch-Lec said. “This is not an economy that was built on cheap leverage,” he said. “This is a safe business model.”