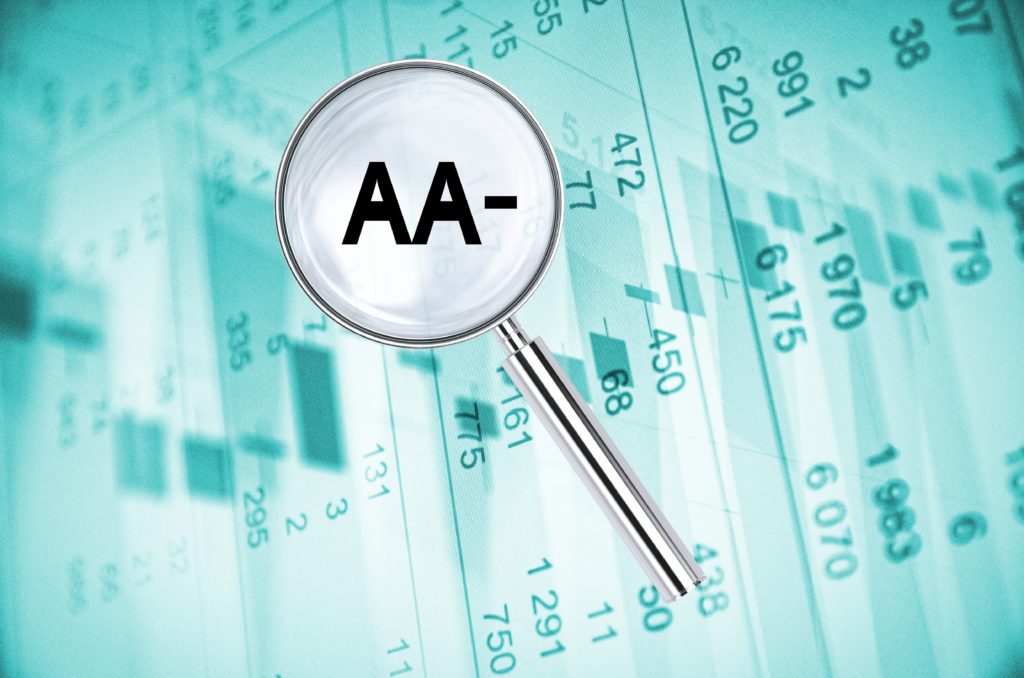 Egan-Jones, an independent credit research firm, downgraded its rating on U.S. government debt to AA- from AA last week, citing the Federal Reserve's new plans to try to stimulate the economy would hurt the U.S. economy and the country's credit quality.

Egan-Jones said the Fed's plan to issue more currency and depressing interest rates through purchasing mortgage-backed securities will weaken the value of the dollar and push up prices for oil and other commodities, while doing little to raise the U.S.'s real GDP. This increase in commodities prices will pressure the profitability of businesses and increase the costs of consumers, thereby reducing consumer purchasing power, the firm said. This would leave less for consumers to spend on other things.

At the same time, the agency warned that the federal government's borrowing costs are likely to slowly rise as the global economy recovers.

In September, the Fed said it would buy $40 billion of mortgage bonds a month to help the economic recovery until it saw a sustained upturn in the weak jobs market. No limit was set for the amount of time this bond purchase program would be in effect, leading some economists to call this round of quantitative easing [money-printing] "QE Infinity".

In April, Egan-Jones lowered its rating on the U.S. to AA from AA, with a negative watch, citing a lack of progress in cutting the mounting federal debt. It stripped the U.S. of the top AAA rating in July 2011.

Standard & Poor's stripped the government of its "AAA" rating on its bonds in August 2011.
Fitch Ratings issued a warning of a potential downgrade.
Earlier last week, Moody's said it would likely lower its "Aaa" rating on U.S. government debt if budget negotiations fail.Sources: Associated Press and CNBC