Billionaire developer and potential presidential candidate Donald Trump warned that trouble looms for the U.S. economy. He also predicts the price of gold will continue to climb because Americans have no confidence in President Barack Obama. 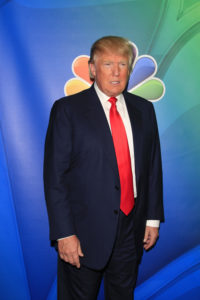 In an interview with Newsmax.TV, Trump, who considers himself a "big fan of Israel", said  “if oil prices are allowed to inflate and keep inflating, if the dollar keeps going down in value, I think there’s a very distinct possibility that things could get worse.”

A weak dollar “is not good because you’re going to pay $25 for a loaf of bread pretty soon. Look at what’s happening with our food prices. They’re going through the roof. We could end up being another Egypt. You could have riots in our streets also.”

Trump also was asked about his fellow billionaire George Soros’ warning that economic conditions in the United States are likely to deteriorate. “I would say that he possibly is right,” Trump says.

Currency and trade manipulation has drained the United States of its jobs, so it’s no surprise that the Federal Reserve Chairman Ben Bernanke believes it will take years for full employment to return after the recent recession, Trump said.

“The federal government has no money,” states Trump in no uncertain terms.

So if Trump doesn't like President Obama, who does Donald Trump, creator of the TV show "The Apprentice" actually admire? Benjamin Netanyahu, Israel's Prime Minister. “Frankly, a strong prime minister is a strong Israel,” Trump says, “and you truly have a great prime minister in Benjamin Netanyahu – there’s nobody like him! He’s a winner; he’s highly respected; he’s highly thought of by all. Terrific guy, terrific leader, great for Israel.”