Are we headed for a U.S. Dollar crash? Recently, CNBC reported that Stephen Roach, Senior Fellow at Yale University and one of the leading authorities on Asia, said that the global landscape changes combined with the massive U.S. budget deficit would spark a dollar crash.

“The U.S. economy has been afflicted with some significant macro imbalances for a long time, namely a very low domestic savings rate and a chronic current account deficit,” related the former Morgan Stanley Asia chairman. “The dollar is going to fall very, very sharply.” He believes the drop could be as much as 35% against other major currencies. That will take quite a chunk out of your U.S. investments.

Foreign investment does have its advantages. In Israel it is the overwhelming research & development and innovation that leads the world. Israel is one of the only countries in the world with a rising birth rate,  rising GDP, current account surplus and shrinking debt.

One of the hidden, but attainable factors that should be leveraged by every global investor is the strength of the Israeli Shekel. Over the past 18 years the Shekel has gained 45% against the dollar. 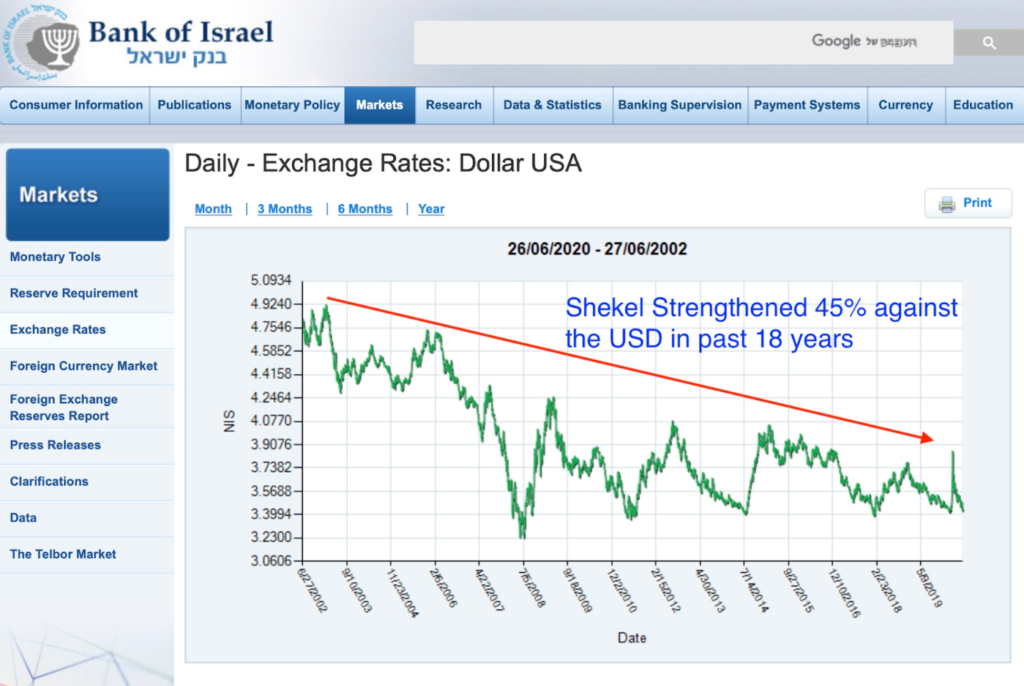 This means that if you had invested $100,000 in 2002 and saw a reasonable 8% average annual return combined with the multiplier effect of the Shekel strength, your investment would be worth about $581,000 today (before any fees).

We may not see this exact amount of Shekel growth over the next 18 years, but where else can you turn for a strong alternative to hedge against a weak U.S. Dollar?