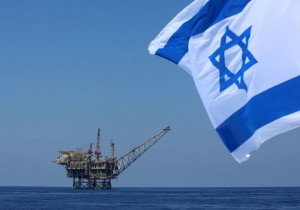 Wise Money Israel recently interviewed the Zury Ilan, Chief Analyst at Vineyards Capital Market (where WMI's founder works) regarding the future value of the Israel currency: the shekel. According to Mr. Ilan, the correct economic value of the shekel is 3.5 shekels for $1 USD. The current exchange rate is 3.747 (December 26, 2012), representing a 7% potential upside for the shekel from current levels. A $100,000 investment in the Israeli market today would be worth $107,000 if this were to occur, in addition to capital gains/dividends from the investments themselves. Why will the shekel strengthen?

The considerable natural gas discoveries of the past few years have put Israel squarely on the world map as a global supplier of gas. The large gas discoveries so far have confirmed that the Levant basin of the Eastern Mediterranean Sea off the coast of Israel contains significant quantities of natural gas and, potentially, crude oil. The Leviathan field is the largest offshore discovery of the past decade, and is estimated to hold as much as 17tn ft3 of gas.  BusinessWeek estimated the reserves' value at $240 billion. The development of these untapped Israeli resources may alter the geopolitical and financial climate of the country in the next decade.

Mr. Ilan indicates that if we look at the gas discovered already (not including the considerable amounts estimated, but not discovered yet), the capitalized cash flow from the two largest discoveries alone are greater than the entire national debt of Israel.

The Israeli government and economy will both benefit from the increased revenue and export of this natural resource, making the Israeli financial market more attractive, and the shekel a more attractive currency.

Please note that many of these company are investable via bonds and stocks only on the Tel Aviv Stock Exchange.

Israel's national debt is decreasing, while many other western countries' debt levels are increasing. Israel's Debt to Gross Domestic Product ratio has been dropping in the past 10 years to a current level of 74%. This good economic trend can be compared to the U.S. increasing debt trend, and current level of 103%. Investors are seeing the correct direction of Israel's debt-to-GDP ratio, and putting their confidence in the shekel, increasing its value.

Zury believes that there is a good chance that in the next two or three years, Israel's credit rating will increase one rating notch. This is because the international credit rating agencies (Standard & Poor's, Moody's, etc.) will recognize the 1% GDP increase based on government royalties from the production of natural gas from offshore drilling. Because of this upgrade, more foreign institutions will want to buy Israel government bonds (and corporate bonds because of the jobs created due to the production and export of the gas). The influx of dollars to the Israeli market to buy the bonds will increase the value of the shekel, as more dollars will chase fewer shekels.

How Can I Take Advantage of a Strengthening Shekel?

In order to invest on the Israeli national stock exchange (TASE), you need to open a shekel-denominated investment account with a bank or brokerage. Contact us if you'd like assistance in this process.