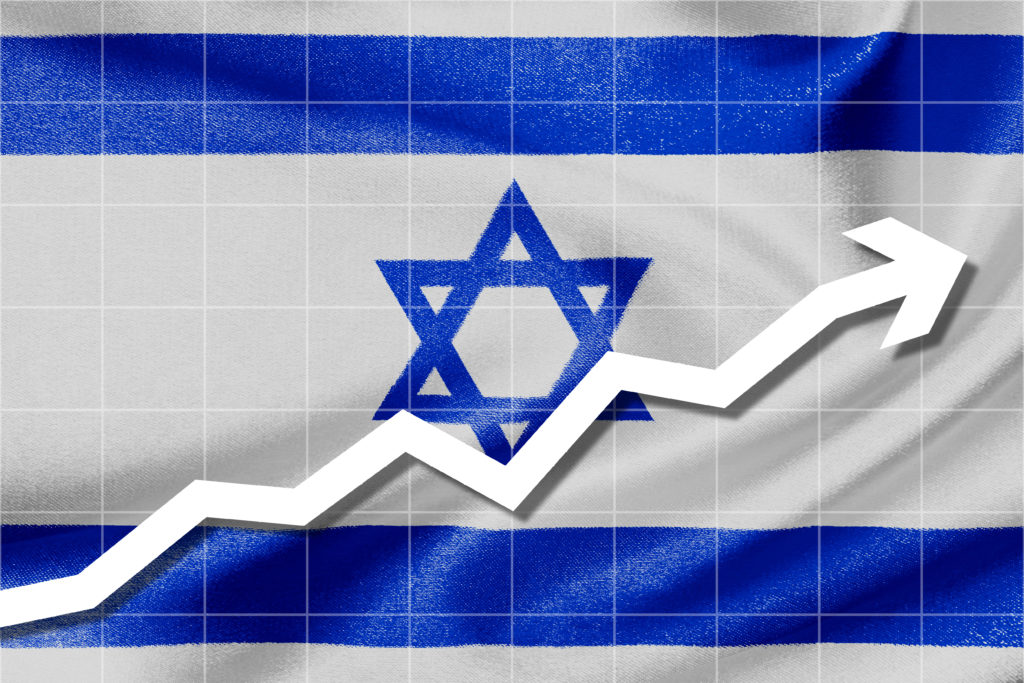 The one-day conference, organized by the Israeli Finance Ministry, together with The Wall Street Journal, Barrons and the Public Diplomacy and Diaspora Affairs Ministry, hosted dozens of business leaders and economists from across the U.S. and Israel.

Why Is Israel a Good Investment?

Israel Finance Minister Professor Yuval Steinitz told the conference that Israel was known as a country that bounces back quickly after crises, and outlined the reasons it was a good investment: "First of all, we have the best human capital – Israelis always think outside the box, and therefore Israel is first in the world in start-ups per capita. Government incentives – corporate taxes for exports for firms in the Tel Aviv region are 12 percent and in the periphery they might be as low as 5%, which is the lowest tax rate in the modern world. The government constantly provides benefits to encourage exports. In addition, the Israeli economy keeps its macro-economic framework stable, which generates more investments in the country."

Steinitz said poverty still existed in Israel and the cost of living was high, “but I believe that most Israelis know better today than ever that the name of the game is high growth and low unemployment."

Murdoch praised Israeli innovation, saying, "What differentiates Israel from other countries is the creativity. Israel is successful because it is one of several countries whose economy revolves around the human mind and it is really a light unto the nations. Bear in mind that everything that happens in Israel happens despite all the threats to the country."

In an interview with Reuters on Monday, Steinitz said that there was a chance that early elections would be called, though said he did not know for sure. "I think we will know with some certainty after Sukkot [which ends Oct. 7], he said. "We will finally know if the coalition is strong enough to deliver the 2013 budget."

Steinitz highlighted Prime Minister Benjamin Netanyahu's victory in July, when the cabinet approved, by a vote of 20-9, a package of tax hikes and spending cuts aimed at reining in the nation's budget deficit.

The government has been under pressure from Israel's central bank to maintain fiscal credibility at a time when the economy is slowing and tax revenues are falling short.

Officially, he said, the budget calls for 14 billion shekels worth of cuts to reach a deficit target of 3 percent of GDP. The figure could be smaller, perhaps 10 billion shekels, he said.

"We know that all our coalition partners are telling us that they would like to support the new budget, although it is difficult. But we want more than that," Steinitz said. "We want them to guarantee that they don't desert us in the middle of the process, that if they support the budget in the government that they support it through the Knesset."

Economic growth in 2013 is expected to hold steady compared with the current year, Steinitz said.

"The last [2013] forecast that was published was 3.7 percent. It will be updated. It will be below this, but I don't know if significantly below. It will be between this and 3 percent," he said.

He said the falling economic growth forecast was due primarily to three factors, the biggest of which was Europe's credit crisis and the negative impact on Israel's exports.

"Also the tension [with Iran] might be having an impact. The social unrest [the massive protests in the summer of 2011] in Israel did have some impact on the local business community, revenues of mainly local companies," he said.

When the austerity measures were approved, they drew heavy criticism from opposition leaders and even some government officials for attacking the middle class at a time when the public has protested against the high cost of living in Israel.